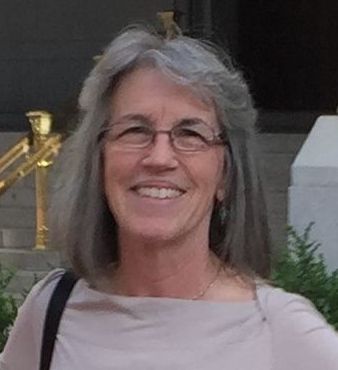 “I have always believed that any successful libertarian rEVOLution will feature music. That is why I support, and urge other libertarians to support, Carla Howell’s efforts to spread the ideas of liberty via songs that inform and inspire as well as entertain.”
– Congressman Ron Paul

Carla Howell is a songwriter and recording artist who sings about liberty. She is also an accomplished libertarian activist.

Like Ron Paul, she believes that music will be an essential element of any successful liberty movement.

Many of her lyrics were informed by her political activism.

For example, she has long opposed the War on Drugs, thus the song Yak Yak Bourbon.

Good Folks tells the story behind her own transformation from anti-gun to pro-Second Amendment.

She brings together all the many good reasons she discovered for not passing laws in the song First, Do No Harm.

Carla Howell was a leading political figure in her then-home state of Massachusetts where she spearheaded a series of statewide citizen initiatives, also known as ballot measures, which were the boldest, most substantial statewide tax cut proposals ever placed on an election ballot in America.

All of these initiatives would have forced the state to cut spending by billions of dollars and put thousands of dollars back into the family budgets of millions of taxpayers.

The measures each won almost a million votes, despite being outspent by the opposition by a factor of ten.

The surprisingly high vote (45%) for the 2002 initiative demonstrated that a large portion of the voting population is ready and willing to vote “yes” for radical reductions in the size and power of government. The non-voting population favors tax cuts even more, meaning vote totals can win – and become law – if these voters are activated.

Carla Howell was a candidate for US Senate (2000), governor (2002), and auditor (1998) in Massachusetts.  She won the highest vote total that had ever been achieved for a Libertarian in a U.S. Senate race against both a Democrat and a Republican. In her auditors race, she won the endorsement of the Boston Herald.

She has supported, volunteered for, and fund-raised for numerous campaigns and initiatives across the country, including a 2003 initiative to cut the property tax by 25% in the City of Waltham, Massachusetts.

She served as Political and Executive Director for the Libertarian National Committee from 2011-2017. In 2018, she won the Libertarian Party’s Thomas Paine award for outstanding communication of Libertarian ideas, principles, and values, which was due in part to her creation of a training tool for candidates called Who’s Driving? It continues to be a vital tool for liberty activists.

In 2005, Carla Howell co-founded the Center For Small Government, an organization uniquely committed to boldly shrinking the size, scope, taxes, spending and authority of government.

Carla Howell has been a full-time liberty activist since 1996, beginning as a volunteer for the Harry Browne for President campaign, for which she organized a highly successful fund-raiser and rally at Faneuil Hall in Boston, bringing in $35,000 for the campaign and drawing over 600 attendees.

During her 20-year career in high tech and health care prior to becoming politically active, and in just living life, she witnessed the devastating effects of big government programs on health care, civility, safety, human dignity, prosperity, family, and peace. Thus was born her passion for small government.